How Do You Win QuiBids with Only 1 Bid?

It always raises questions when a auction that has gone on for a long time ends when a bidder only places 1 bid. It’s hard to say how this bidder won the with only 1 bid, but what I can say is I have won several QuiBids auctions by only placing 1 bid. As to why the other bidders happen to stop bidding after I placed my 1 bid I could not tell you why other than that is just the nature of QuiBids. Many times there are 2 bidders bidding back and forth in a bidding war and a new bidder comes along and places a single bid. This can cause a confusion point where each of the original bidders thinks the other bidder will outbid the new bidder so neither places a bid and the new bidder wins.

Another possibility is the new bidder (placing the single bid to win) has spotted something he is taking advantage of. I suggest bid counting and I can’t stress it enough. If you are in the Hot Price Ranges of an QuiBids auction and have been monitoring the auction and tracking bids from the beginning then you will many times notice the auction is only still going because 1 or 2 committed bidders have not run through all their bids yet. Note: A committed bidder is someone willing to pay full retail in bids for the item they are bidding for. Knowing this and knowing about the number of bids the user will give up at (max bids) then you can wait them out and bid around the stopping point of that bidder. You do pay a higher price for the item but this QuiBids strategy is pretty solid.

There is always the question if people are colluding or if QuiBids is cheating. If people are colluding then they are bound to the same laws of the auction as a single bidder is. The most important law is that it does not make sense to pay more than retail on the product. So people bidding in collusion will all collectively have to bid less than retail. 5 Bidders willing to collectively bid 100 bids for a product and 1 bidder willing to bid 100 bids for a product are evenly matched. Collusion works only if you don’t place a bid. If you don’t bid you don’t win. As for QuiBids cheating it doesn’t logically make sense to jeopardize a profitable business model with cheating people occasionally. QuiBids makes a lot of money running the game fairly and they want to unsure people it is a fair game.

Get the Average Selling Price of any QuiBids Product at www.QuiBidsReport.com 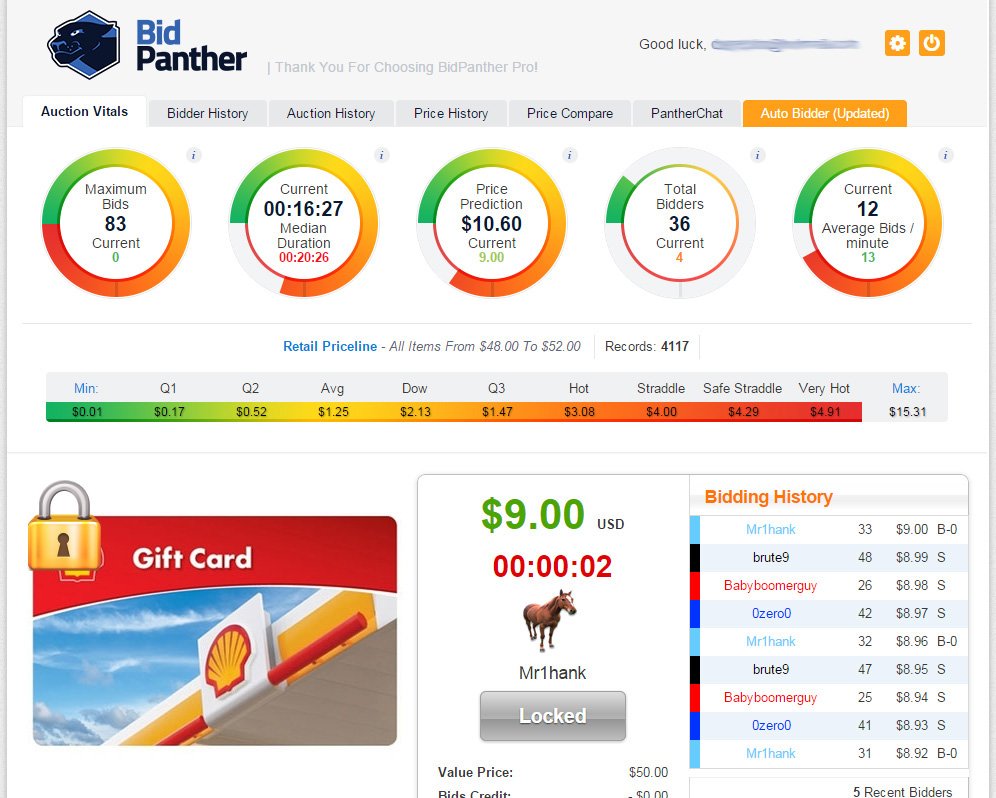